The Battle of Mohgarh, which took place on April 26, 1824 between the Ahoms and the Mans (Burmese), changed the history of Assam. The Ahoms lost the battle, thus ending their 600-years of glorious rule.
The last battle between the Ahoms and Mans took place near Kokilamukh. Unfortunately, the area has already been lost in the Brahmaputra river bed due to erosion.
There were two huge water bodies near Kokilamukh – Potia Phakala Beel and Sarala Beel – in which the soldiers of Ahom Kingdom were given naval training before the invasion of the Burmese.
A huge number of migratory birds used to come to the beels during the winter season. 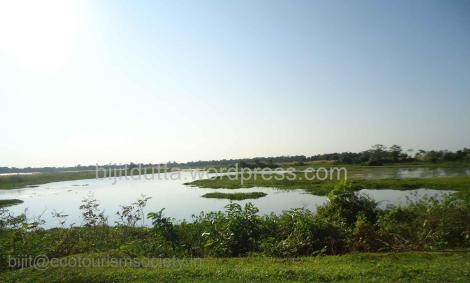